Main/ About/ News/ Satellites «SiriusSat-1, 2» are launched from ISS into outer space
News

Satellites «SiriusSat-1, 2» are launched from ISS into outer space

On August 15th 2018 at 16.51 and 16.55 UTC during the planned extravehicular activity on the International Space Station, Russian cosmonauts have launched into outer space academic nanosatellites «SiriusSat-1» and «SiriusSat-2».

The work of cosmonauts on the surface of ISS and the launch of satellites was being observed by a team of school students at the Mission Control Center in the Korolyov (Moscow region). The students have been working on satellites as a part of the project program «Grand Challenges» in the Center of Gifted Education «SIRIUS» (Sochi) delivered with the assistance of State Space Corporation «Roscosmos». 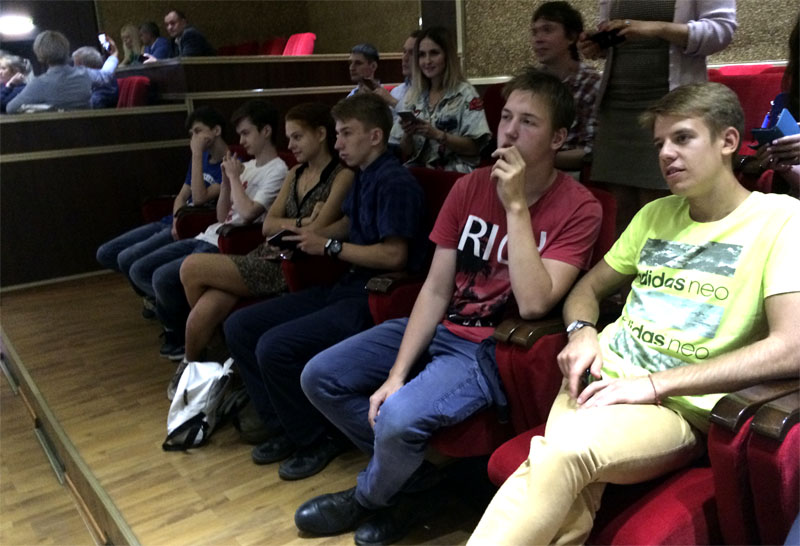 After the launch, the satellites are to be flight-tested; support systems and the payload are to be tested. Nanosatellites must confirm their capabilities in stabilization, research data acquisition, transmitting valuable data and telemetry data through the radio channel. Monitoring of satellites will be performed from the control center of «SPUTNIX» Ltd. (located in Technopark «Skolkovo», Moscow) the company has designed nanosatellites’ platform. The research data and telemetry will be receivable via amateur radio ground stations all over the world. The satellites will work on amateur radio frequencies and will go by call signs RS13S for «SiriusSat-1» (frequency 435,570 MHz) and RS14S for «SiriusSat-2» (frequency 435,670 MHz).

The satellites were assembled by school students in collaboration with specialists of «Sputnix» based on nanosatellite platform «OrbiCraft-Pro» (designed by «SPUTNIX» Ltd). The platform standard international size CubeSat 1U. Satellites «SiriusSat» improved due to launch specification: equipped with a handle for cosmonaut, bendable antennas, manual activation system, also specially equipped with removable protective covers and soft transport containers. Weight of each satellite with a handle is 1.45 kg. Base size net of opened state antennas - 130x131x236 mm. The payload of satellites consists of cosmic ray detectors meant to research «space weather». The ray detectors were developed by Lomonosov Moscow State University Skobeltsyn Institute of Nuclear Physics (MSU SINP). The data acquired from the ray detectors will be useful in circumterrestrial space studies and when monitoring radiological environment.

The satellite assembled by school students in the Center of Gifted Education «SIRIUS» in Sochi was demonstrated to the President of Russian Federation Vladimir Putin during his visit to «SIRIUS» in July 2017. Back then, the students asked Vladimir Putin about a possibility to launch their satellite.

At the present time Center of Gifted Education «SIRIUS» continues its work on the next series of «SiriusSat» satellites. In the program «Grand Challenges 2018» members of the session were elaborating the idea of launching of similar satellites to the polar orbit and working out a methods for new experimentation program. A constellation of academic satellites launched into space and a net of ground stations will allow scientists and specialists to oversee the state of «space weather» at low Earth orbit in real-time simultaneously in different parts of circumterrestrial space. The data from detectors and telemetry will be made available foe analysis to all students of space clubs, student labs and radio amateurs in Russia and abroad.