The Zorkiy spacecraft is a modern ultra-compact satellite for Earth remote sensing (ERS). Despite the compact size of CubeSat 6U, the spacecraft contains a professional telescope camera with a high resolution of up to 6.6 meters per pixel, which puts it at a very high technical level for devices of this size provided by world standards. The pride of the company is new satellite platform "OrbiCraft-Pro SXC6", developed by our engineers on the basis of own service systems. The development became possible by Foundation for Assistance to Small Innovative Enterprises (FASIE) participance. The task of the platform is technological level demonstration and capacity building for a series of modern domestic nanosatellites able to compete in the international nano and microsatellites market.
The OrbiCraft-Zorkiy mission supposes to launch the same-name spacecraft into Low Earth Orbit (LEO) and to deploy the ground segment for its operation and data acquisition. Technical data will be processed by SPUTNIX, and the payload data will be transferred to the camera manufacturer and other interested parties. The data from the spacecraft is open and does not have a commercial component, which allows it to be received and used by radio amateurs and groups around the world. Instructions and software will be posted on SPUTNIX website free and open for everyone, following the example of previous SiriusSat-1,2 missions.
Despite the limited active life of the OrbiCraft-Zorkiy spacecraft, the deployed ground segment infrastructure will be preserved for the operation of other satellites of the company. 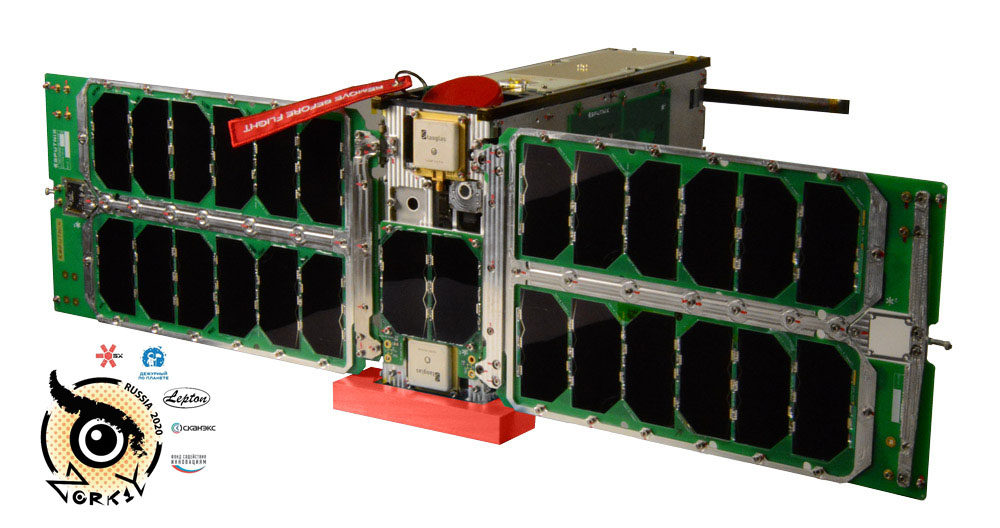 After the initial testing, the spacecraft will be released to receive periodic ERS data. 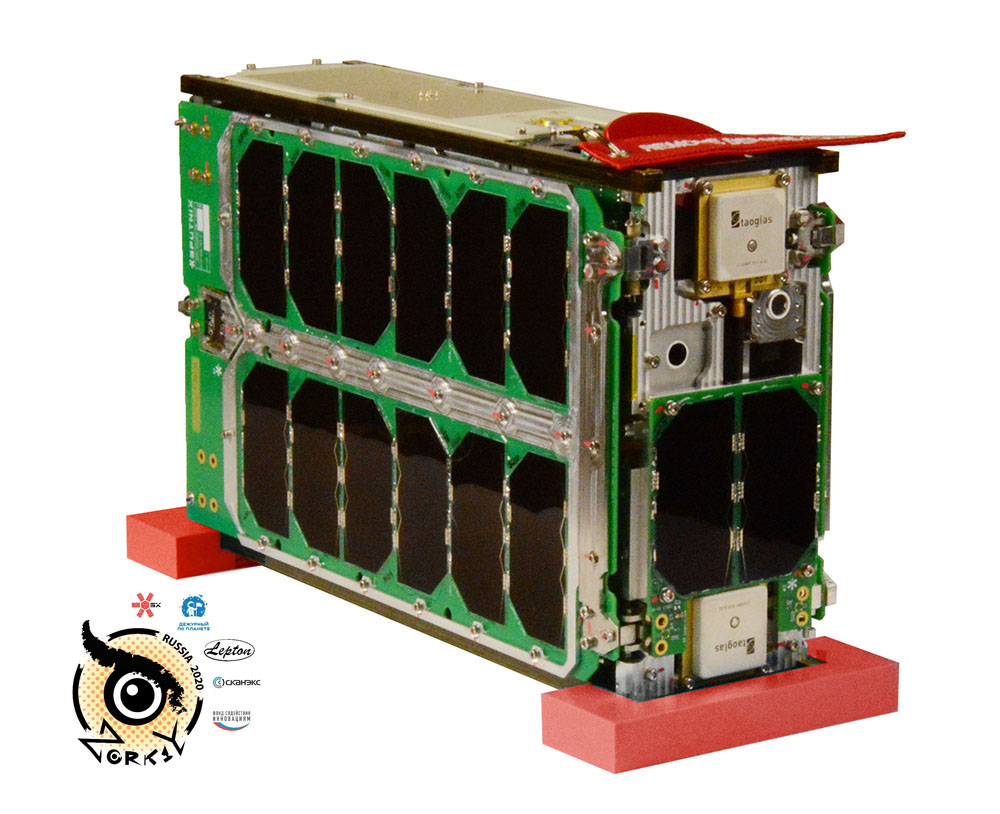 Initial checks and launching the spacecraft into the normal flight mode will take the first couple of months, after which the system will return to the normal mode. Normal operation of the spacecraft will be combined with life tests and will last at least 9 months, however, in case of good spacecraft’s technical condition, operation will continue until it fails or burns in the atmosphere.
It is planned to enter a fully automatic mode of spacecraft flight control until the publication of payload’s data from the satellite, as was done for SiriusSat. It may take up to 6 months to debug such automation, however, the resulting solution will be compatible not only with Orbikraft-Zorkiy, but also with other company’s spacecraft launched by the same launch or subsequent ones. 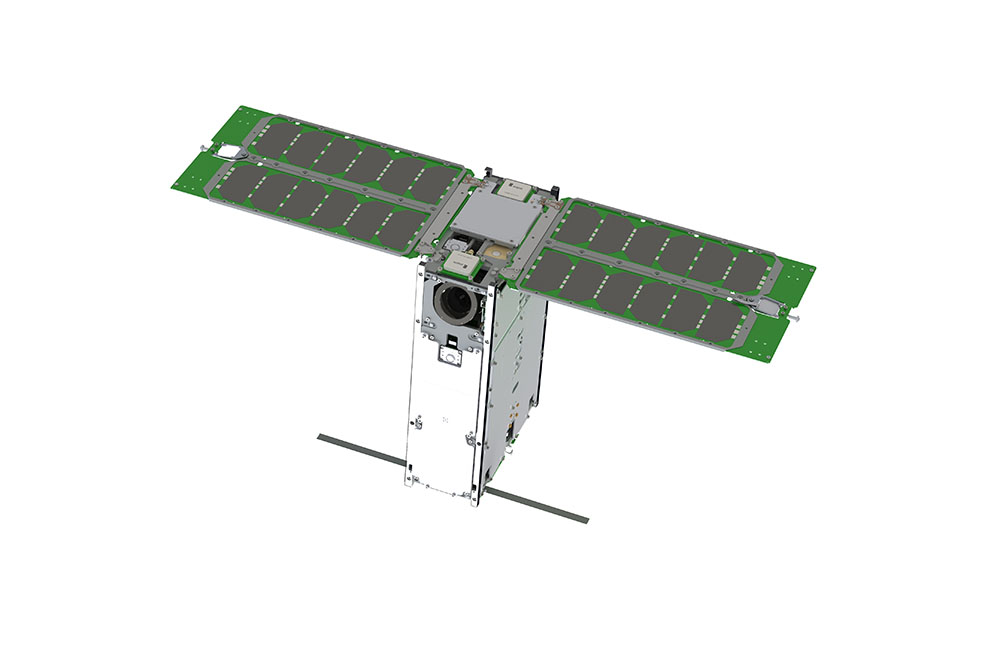 The mission includes a space and ground segment, the composition of which is given below.
Space segment:
• SC "Orbikraft-Zorkiy" - 1 pc. Maintenance of the payload, shooting, transmission of telemetric data and images from orbit.
Ground segment:
• spacecraft control
1.    Zavitok complex in Skolkovo - own station of bidirectional communication in the range of UHV with a rotating antenna of the SPUTNIX;
2.    MCC in Skolkovo – SPUTNIX’s universal hardware and software complex for spacecraft control, created on the basis of MCC SiriusSat;
• telemetry reception
1.    Viewnok complexes in Skolkovo, Sochi, Volgodonsk and more than 10 cities in the Russian Federation - receiving stations for receiving telemetry produced by SPUTNIX;
2.    amateur radio networks and stations - SatNOGS, webSDR, individual radio amateurs;
• reception of payload data
1.    Scanex station in Moscow - a specially modified X-band station for reception in the amateur radio band with a parabolic antenna with a diameter of 1.6 meters on a high-precision rotating support;
2.    Scanex station in Sochi - a similar station used for educational purposes in the educational Center Sirius;
3.    X-band radio amateur stations;

•    data processing
1.    primary processing center at MCC SPUTNIX - receiving data from all available sources, initial verification and publication of data;
2.    Scanex satellite imagery processing center;
The data received from the spacecraft will be available on the Internet, which will provide access to them not only for current project participants, but also for new applicants.

The main payload is a camera manufactured by RPA Lepton, designed specifically for CubeSat 6U nanosatellites, taking into account the capabilities of the SXC6 platform. The camera is equipped with a thermal stabilization and focusing system, as well as a built-in memory device, which allows shooting on demand, without being bound to receiving stations.
Payloads:
•    ERS camera RPA Lepton with a remote sensing camera adapter with a temperature control system;
•    two wide-angle cameras for visual control of spacecraft systems;
•    basic payload board SXC-MBB-06 for testing the reference design, which will later be provided to those wishing to develop payloads compatible with our platform (as we do with the SXC-MBB-03 board for OrbiCraft-Pro SXC3 and SXC1);
•    solar sensor of increased accuracy manufactured by SPUTNIX for promising satellites of larger dimension

The nanosatellite was created on the basis of the new development of the SPUTNIX - the OrbiCraft-Pro SXC6 platform, which is the next generation of cubesat systems after the serially produced SXC1 and SXC3. 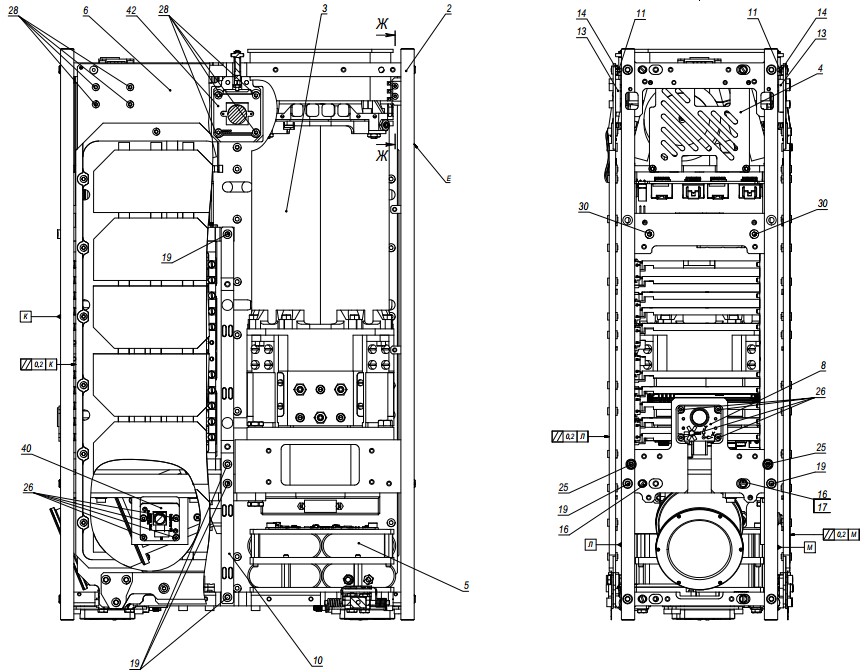 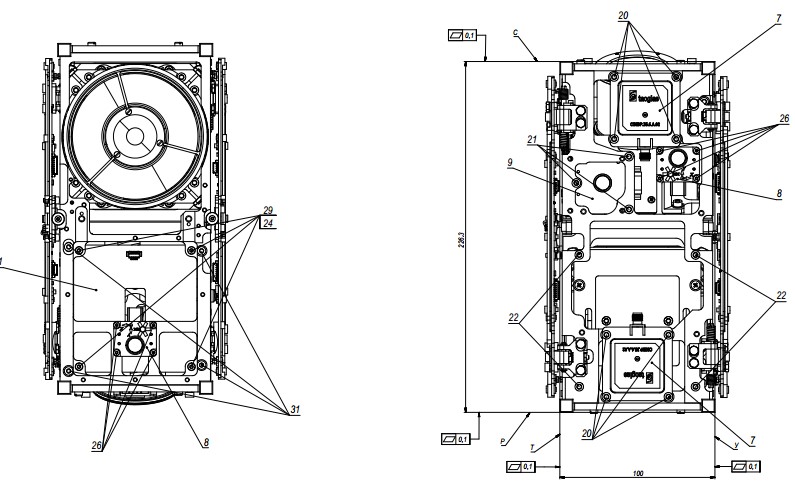