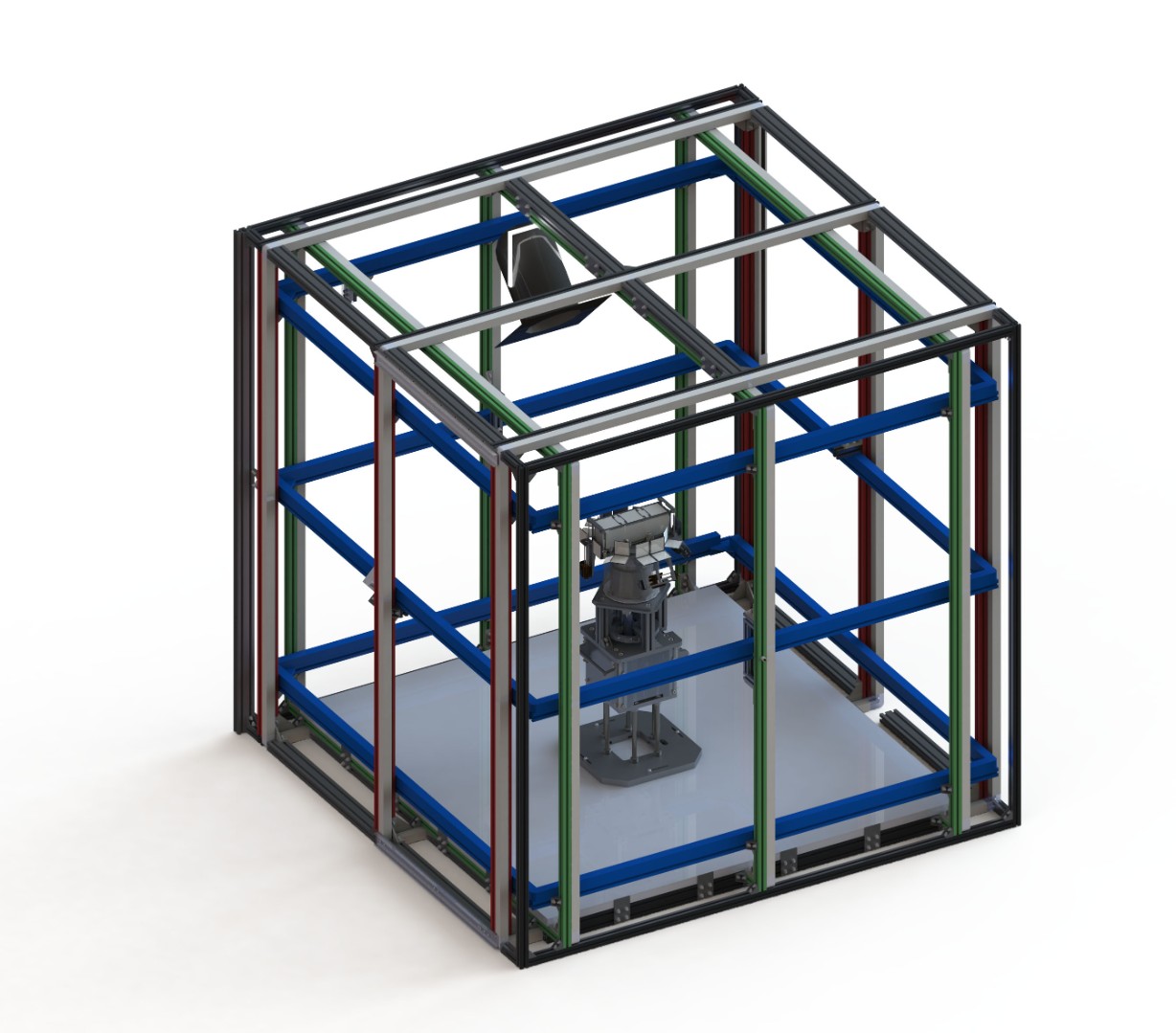 Enlarged semi-natural modeling test bench is designed to develop and test Attitude Determination and Control System (ADCS) of small spacecraft (SXL-SCOE-ADCS-03). The purpose of using the test bench is experimental development and study of the operation of algorithms for orientation, stabilization and navigation of small spacecraft and individual devices of the ADCS system of satellites in terrestrial conditions. The test bench is distinguished by a large carrying capacity and a large area of uniformity of the magnetic field - up to 900 mm, for which the three-coordinate magnetic system in the form of mutually orthogonal coils is increased to 240 cm on each side, the number of test bench electromagnetic coils is also increased - from 6 to 9 pcs (Merrit coils ).

Depending on the configuration of the air bearing, the test objects weighing up to 100 kg can be installed on the test bench. The test bench can be equipped with a satellite navigation signal simulator, a modernized sun simulator, a starry sky simulator (complete with the star tracker itself), an automatic platform balancing system, as well as an independent measurement system on high-precision cameras with "flight" computer visualization software.

The stand allows to:

Verifying the model after computer simulation to:

All components of the test bench are developed and assembled in SPUTNIX LLC. The development is based on the technological background obtained during the creation of the Chibis-M microsatellite, the TabletSat-Aurora small spacecraft, CubeSX-HSE, CubeSX-Sirius-HSE, OrbiCraft-Zorkiy nanosatellites, etc.

Depending on the test object, various modifications of the test bench devices are offered:
- Air bearing: load capacity up to 15, 35, 65, 160 (240) kg.
- Platform for installation of the test object: for CubeSats, for microsatellites, for the installation of ADCS devices.
- Magnetic field simulator: large (cage 2,4x2,4x2,4 m)
- System of independent measurements: standard and high accuracy.

Included with the test bench is software for modeling ballistics and calculating the orbital magnetic field and the position of the sun.