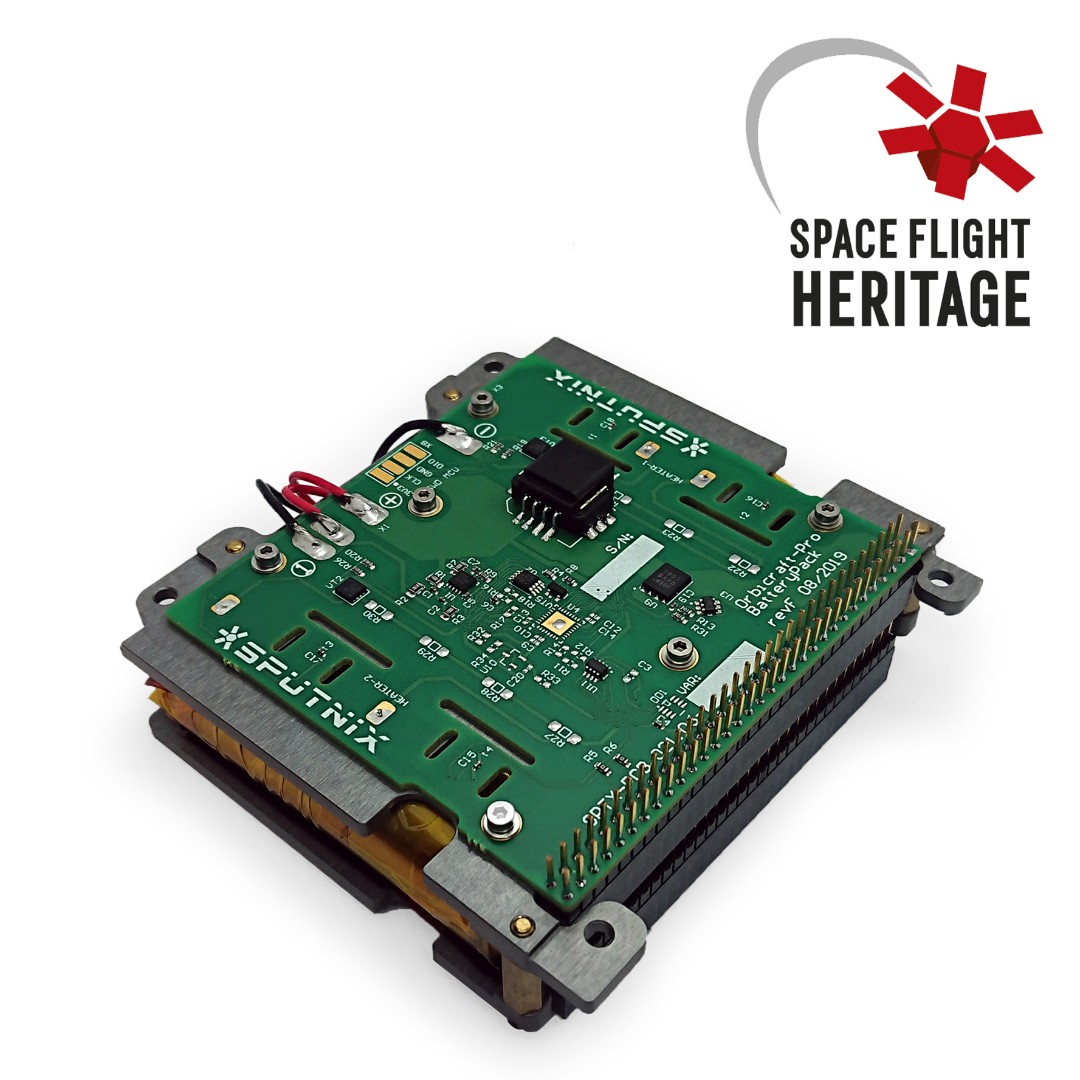 Solar panels connect to 3 input channels, each per one satellite axis. PSU also supports usage of solar panels with built-in electromagnetic coils by single connector. PSU board has coils con-tacts traced to PC104. Satellite’s solar panel on every axis are connected by cable system and have a separate connector on PSU. This makes available to enlarge coils, built into each solar panel, in a series manner to summarize their magnetic field. Overall there are three panel input connections on PSU, one per axis. The coils driver signals pass through PC/104 connector to car-rier board. Charger units with maximum power point tracing support both types of photo ele-ments: GaAs and Si, with the only condition – correct voltage level.

PSU has built-in 4-channel output power switch with current and voltage protection and te-lemetry on every channel. General PSU telemetry is also available on CAN bus and contains in-formation about battery condition, input power, temperature, and fault status. In addition to 4 built-in output channels there are 3 external enable signals to drive auxiliary power switch located on carrier board, which can separately activate sensors, main computer and sun sensor devices.

There are number of battery protections provided by power supply system, including thermal sensors, heaters and switches that makes the whole system operate in satellite temperature range of about -40..+85 degrees, but for every particular flight the appropriate thermal calculations should be done and took into account.

Hardware watchdog circuit has long-term period of 25 hours (configurable) and can be reset only by command from the ground station. This exclude software dead loops of any kind. There are several software watchdogs as well acting as a software functions supervisor.