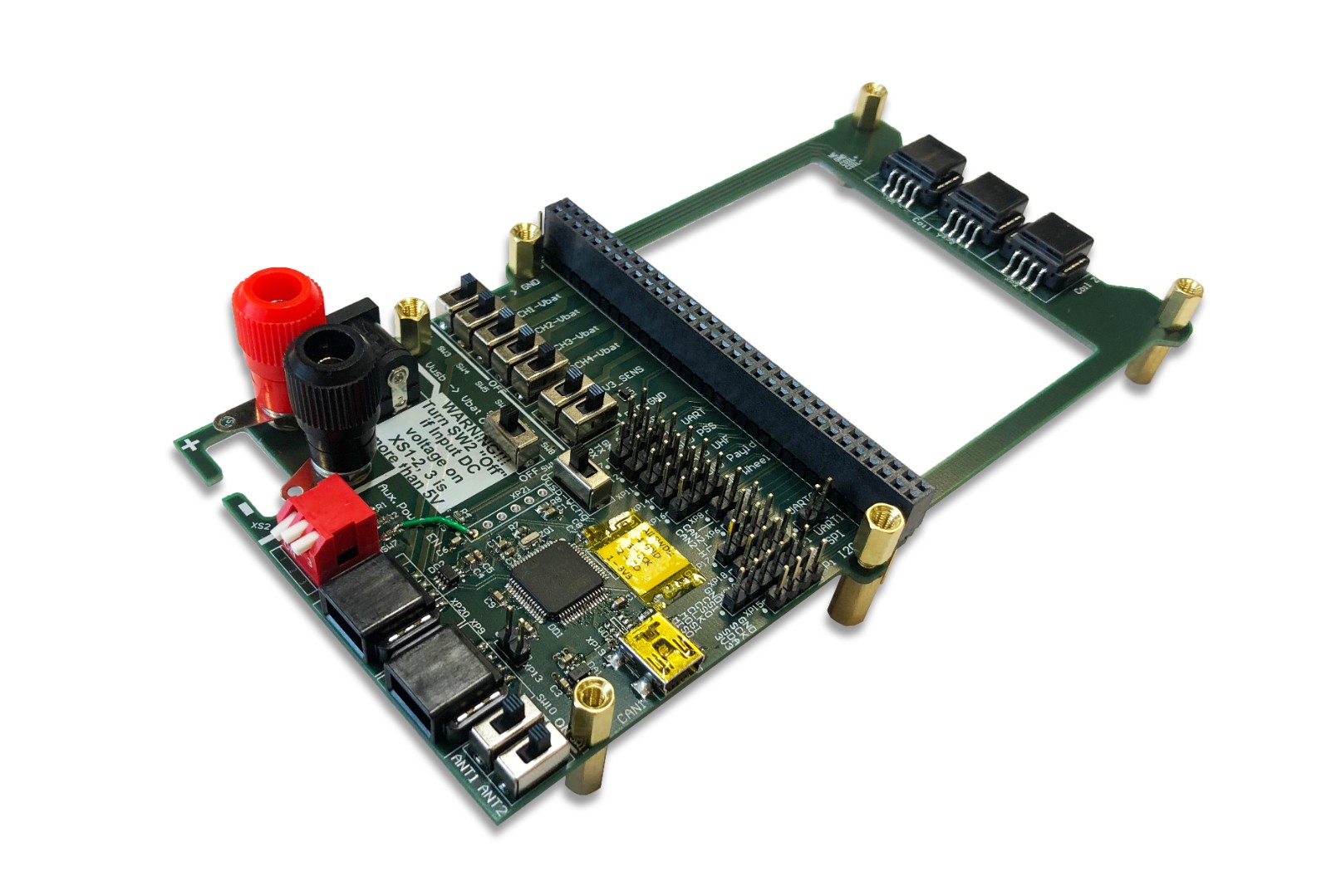 The development kit SXC-DK-02 is used for functional tests of Orbicraft-Pro components and pre-assembled electronic stack, also useful for payload development and inte-gration process. It brings convenient access to signals and power buses for measurement and debug, provides emulation of crucial systems and sensors for stand-alone testing of separate Orbicraft-Pro boards.

Development kit consists of a PCB board which has two regions, one of them can be insert-ed directly into main electronics stack of an Orbicraft-Pro satellite using standard PC/104 con-nector. It can be plugged on top, bottom or in the middle of stack. Devkit holds number of in-terfaces in order to provide access to any interface of assembled satellite and stand-alone boards. It also can emulate some subsystems when they are necessary for system-under-test operation-al.

The kit is very useful for payloads development process, because it’s possible to debug pay-loads without fully assembled Orbicraft-Pro electronics. There are indicators for most power parameters, connectors for data interfaces and even emulations of some sensors.