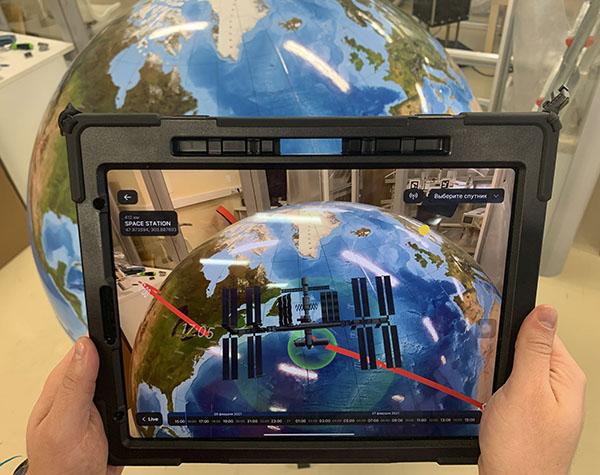 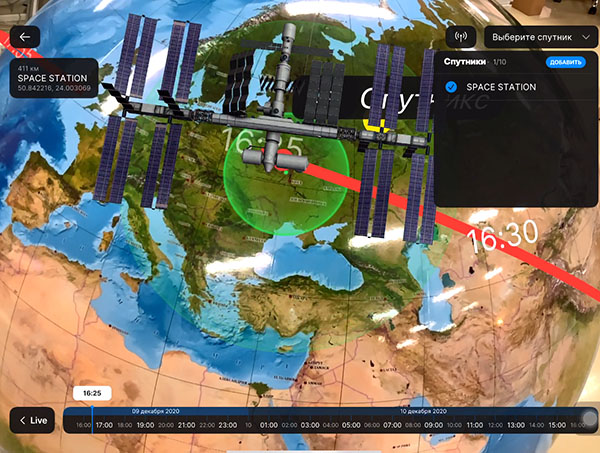 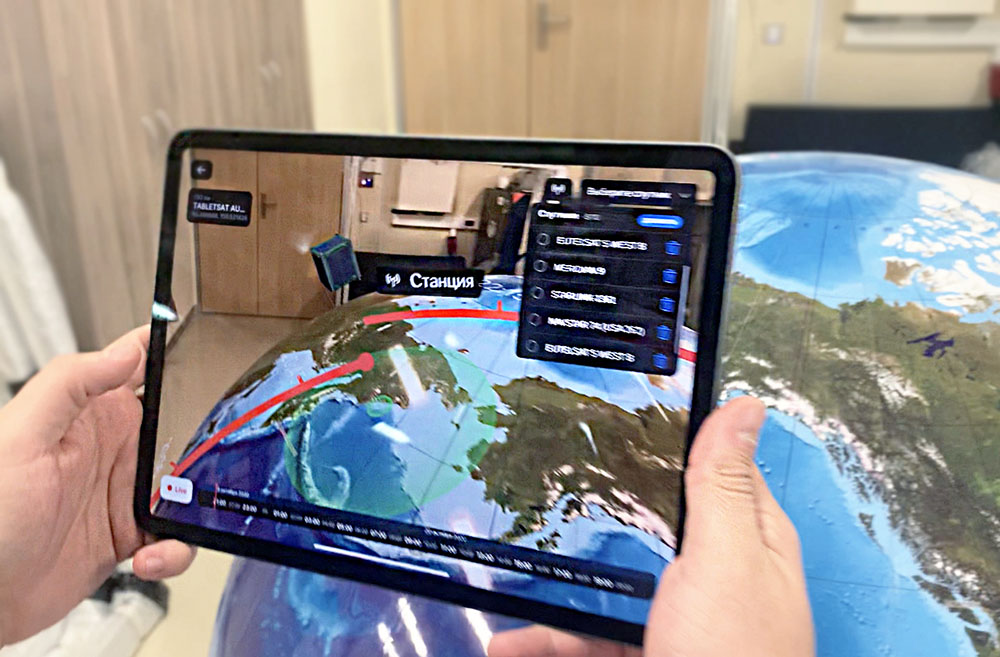 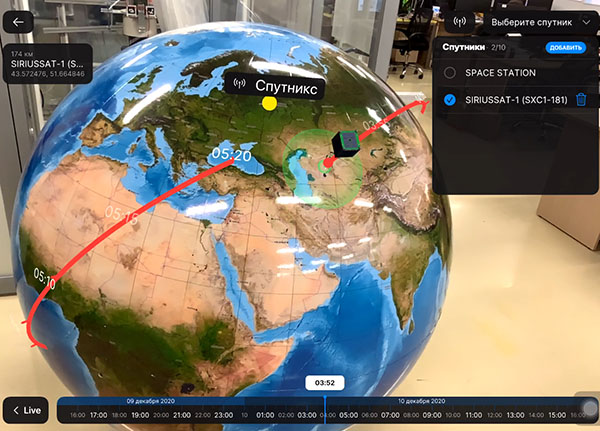 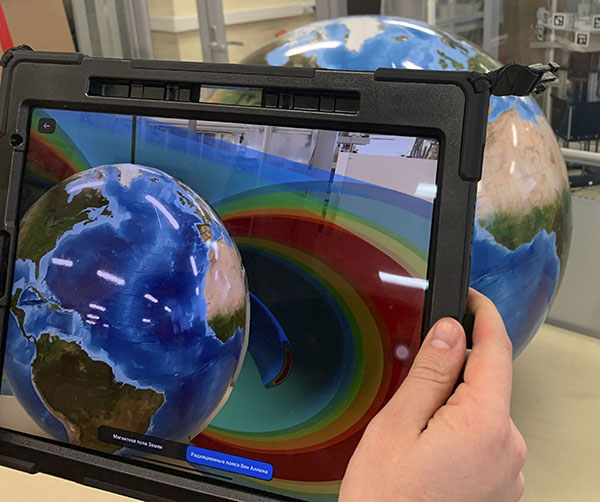 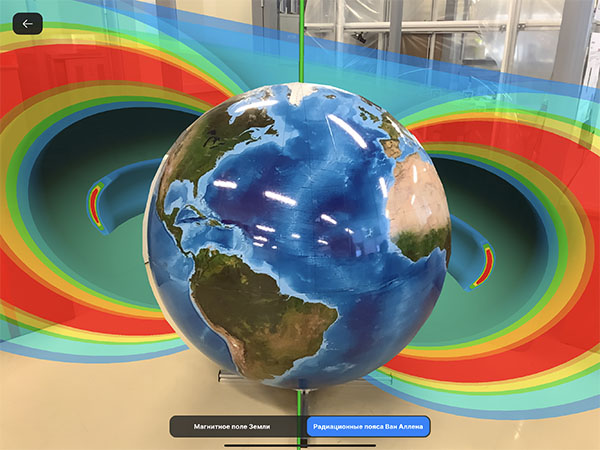 Augmented Reality (AR) is a cutting-edge technology that can improve industry, healthcare, commerce, entertainment, and most importantly, education.

Augmented reality is a combination of the real world and additional data "embedded" in the field of perception. Thanks to this technology, students will be able to visually study near-earth space, the orbits of satellites and their types, observe the current location of the spacecraft and its movement.

The augmented reality (AR) hardware and software complex for Terra consists of a tablet and an application and has the following functionality:

3) Visualization of Keplerian orbital elements (with the ability to interactively change them)
- semi-major axis;
- inclination;
- longitude of the ascending node (ascending node);
- eccentricity;
- for 0 <ε <1 - perigee, apogee (pericenter, apocenter);
- the argument of the periapsis (or longitude of the periapsis);
- true anomaly;
- visualization of speed changes for elliptical orbits;
- visualization of the main types of orbits around the Earth;
- circular, elliptical, parabola, hyperbola;
- sun-synchronous orbit, polar, Molniya.

A large layer of lessons on orbital ballistics: Keplerian elements, TLE, the relationship between the latitude of the cosmodrome and the inclination of the orbit, etc.

More detailed information, as well as a description of working with AR, you can find on the Wiki-page of the complex: http://www.ar.sputnix.ru