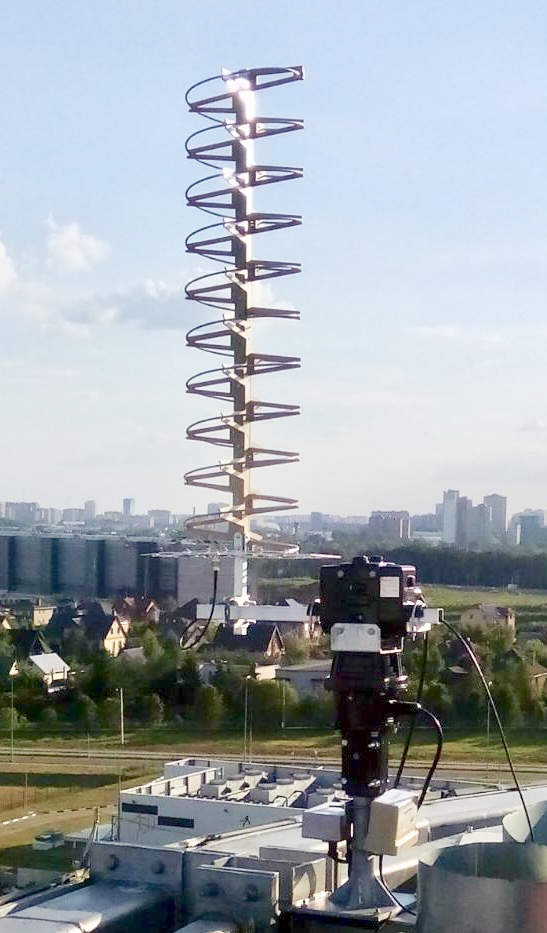 The SPUTNIX company deployed in the Technopark "Skolkovo" ground station for the control of the SiriusSat satellites. This station is the company's own product - Data receiving and satellites controlling station Zavitok.

The launch of two SiriusSat-1 and SiriusSat-2 satellites (the satellites were created on the basis of the developed by the company cubesat satellite platform) to the ISS is scheduled for July 10, and in August the satellites will be sent by the astronauts during the planned spacewalk in a free flight.

The complex provides two-way communication with small spacecraft. In addition to all the functionality in terms of receiving data, Zavitok also allows sending control commands to a satellite in accordance with the rules of amateur radio communication, and also provides much better reception at a satellite low altitude above the horizon.

Zavitok is based on SDR-technology (software-defined radio technology), that is, at least the basic demodulation operations are carried out programmatically. The complex provides calculation of the position of spacecraft in the sky, turning the antenna into a calculated point, calculating the necessary frequency shift to compensate for the Doppler effect, as well as automatic tuning of the frequency when receiving and transmitting in view of this shift.

The complex includes an antenna with a high gain on the turntable, as well as survey antennas with a broad beam pattern.